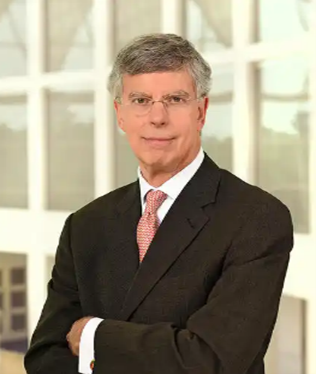 Ambassador William Taylor
Vice President, Russia and Europe
USIP
He served as Chargé d’affaires at the U.S. embassy in Kyiv. During the Arab Spring, he oversaw U.S. assistance and support to Egypt, Tunisia, Libya and Syria. He served as the U.S. Ambassador to Ukraine from 2006 to 2009.
Ambassador Taylor also served as the U.S. government's representative to the Mideast Quartet, which facilitated the Israeli disengagement from Gaza and parts of the West Bank. He served in Baghdad as the first director of the Iraq Reconstruction Management Office from 2004 to 2005, and in Kabul as coordinator of international and U.S. assistance to Afghanistan from 2002 to 2003. Ambassador Taylor was also coordinator of U.S. assistance to the former Soviet Union and Eastern Europe. He earlier served on the staff of Senator Bill Bradley.

Ambassador Taylor is a graduate of West Point and Harvard University's Kennedy School of Government and served as an infantry platoon leader and combat company commander in the U.S. Army in Vietnam and Germany.
Close